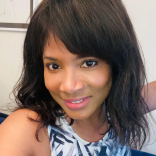 Christine is a Life Strategist and Emotional Health Coach living…

I’ve been researching human motivation for a while now and there’s something very encouraging I’m beginning to notice: the simplest “tools” work the best. One of those tools is marginal improvements and in his TedxTalk, investment manager Stephen Duneier shares how the habit helped him go from a straight-C to a straight-A student in college and have since helped him achieve some of his most ambitious goals.

Small changes and marginal improvements mean pretty much the same thing and it’s one of the most transformative concepts in the field of behavior modification. To quote Duneier:

To improve your odds of achieving your goals, focus on making marginal improvements, not on making BIG changes.

From kindergarten through to high school, Duneier’s report cards said pretty much the same thing: Stephen would do better if he settled down and focused. What his teachers didn’t know is that he wanted to but couldn’t focus longer than 5 minutes.

In college, he decided to make a change. Instead of trying to change himself, he approached his problem differently. He would break his assignments into smaller tasks that HE could achieve. He would read for 5 minutes, then get up and “play” for 5. And with this marginal improvement, he was able to get the results that eluded him all his school life.

How to Apply Marginal Improvements to Your Goals

Let’s take a look at how you could apply the approach to two common goals:

Write a book: Instead of telling yourself you’ll write a chapter a day, commit to writing a paragraph a day.

Lose 20 pounds: Instead of telling yourself, you’ll exercise 3x a week for an hour, plus give up all foods that are bad for you, and drink more water, it’s better to first focus on cutting out sugar. And if cutting down from 50 grams to 30 grams of sugar is easier for you, that’s what you do.

Once your sugar intake is in an acceptable range, you can work on another weight loss habit like drinking a glass of water before meals. Weeks and months later, you may be ready to add food prepping to your repertoire.

Duneier used the marginal improvement approach to transform himself from someone who struggled with simple tasks to a guy who taught himself another language (German), beat the Guinness records in yarnbombing, and continuously achieves his most ambitious dreams.

Coming from someone who used to be a C-student, this marginal improvement approach is worth trying, don’t you think?

Christine is a Life Strategist and Emotional Health Coach living in Los Angeles. She's big on meditation and believes in systems and routines, and in personalizing everything you do to help you get where you want to be.

The Simple Way to Break a Habit

Quorans Tell Us How to Overcome Laziness

Forget willpower! Rely on these habits instead

Want to increase your focus? These Quorans have some genius advice!

10 Ways to Have More Engaging Conversations